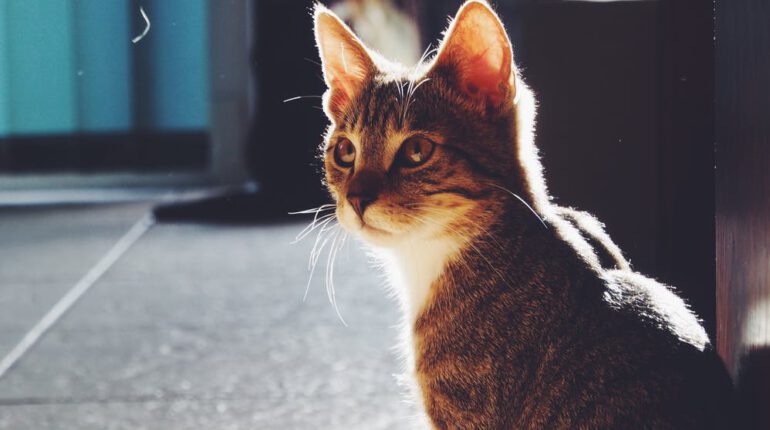 If this blog post makes it to your eyes it means our Marketing department has cut me slack for not following their edict. Specifically, I am supposed to be writing about Persons who have influenced me but for this post I have to bend the rules and change “person” to “animal”.

Yes you read that correctly.

You see for over 15 of Phantom Screens’ 25 years in business, I had a trusty office sidekick named… Phantom. She was a tortoise-multi coloured short hair feline who I fell in love with at the SPCA in 1997. She was just a year old and her sad little face said “pick me”.

Plus, my husband always said we couldn’t get another cat, so this was my way of getting me a pet cat. As for bringing her to the office, I used the excuse that we needed to keep the mice under control. Never mind that I found out later she was petrified of rodents and cried like a baby when I trapped her in the bathroom with a mouse encouraging her to dispose of it.

If you’re wondering where the influence part came in, it was more in the office dynamic she created and what a great HR recruiter she was.

Potential applicants for hire would sit down in the office foyer waiting for their interview and unbeknownst to them, Phantom would stroll on by and give her opinion.

If she ignored them it meant ‘don’t hire him’. If she jumped on their lap, bingo! We had our next employee selected.

As for existing staff, it became apparent very quickly who the soft touches were – those who gave her treats and bought her toys, and those who begged to take her home on weekends. Over the years though, she began to get fat, and fatter, until finally I had to put my foot down and find out who was supplementing her diet causing extreme obesity. 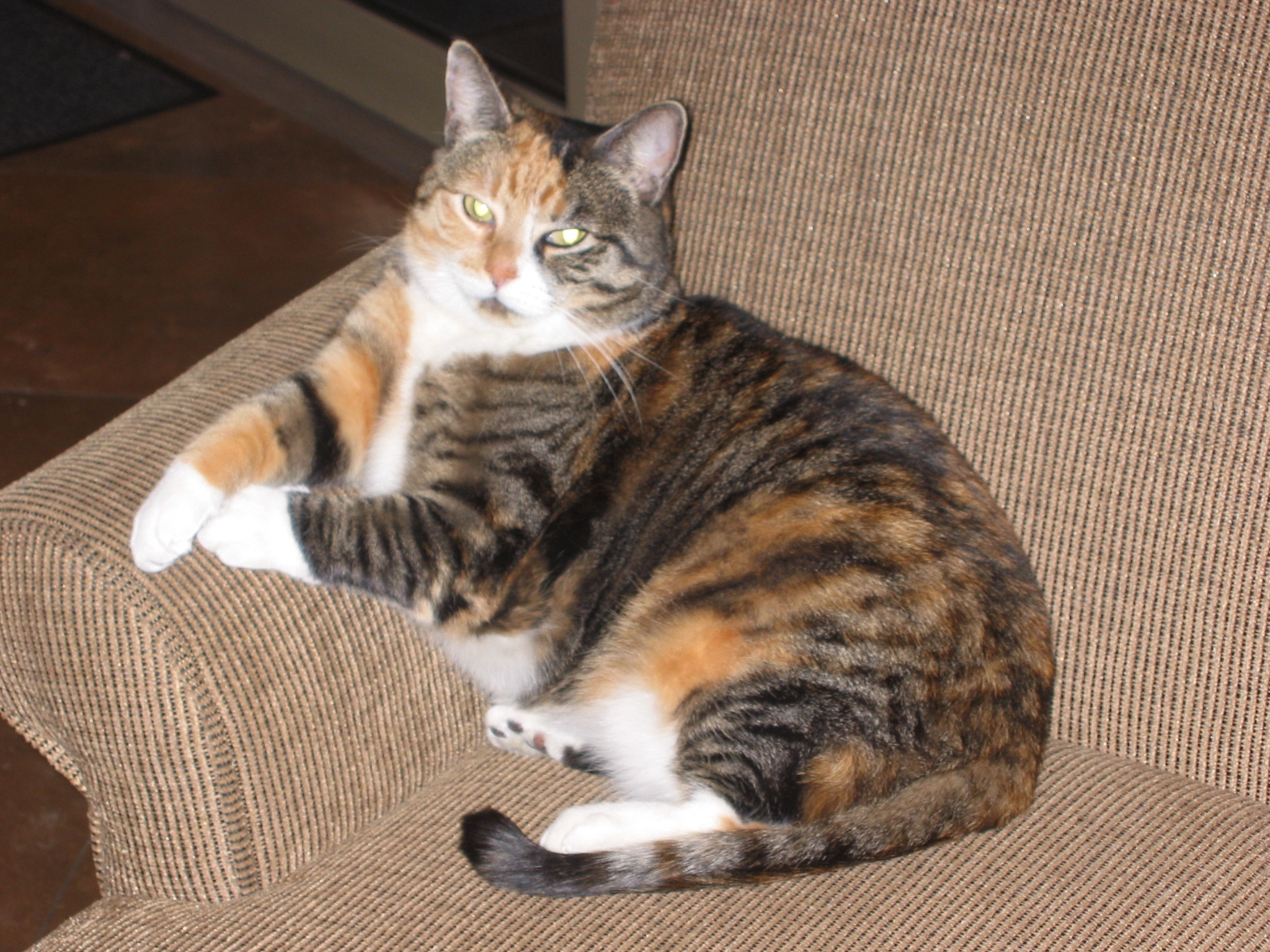 To my surprise, there was a large number of staff throughout the building who had fallen prey to Phantom’s wily ways as she would strut into their office each morning pretending they were the one and only in her life.

She brought sincere joy to the office and especially to the Finance department. Soon after we moved into our new two-floored office building in 2001, Phantom found her home with the numbers people in the downstairs east wing. 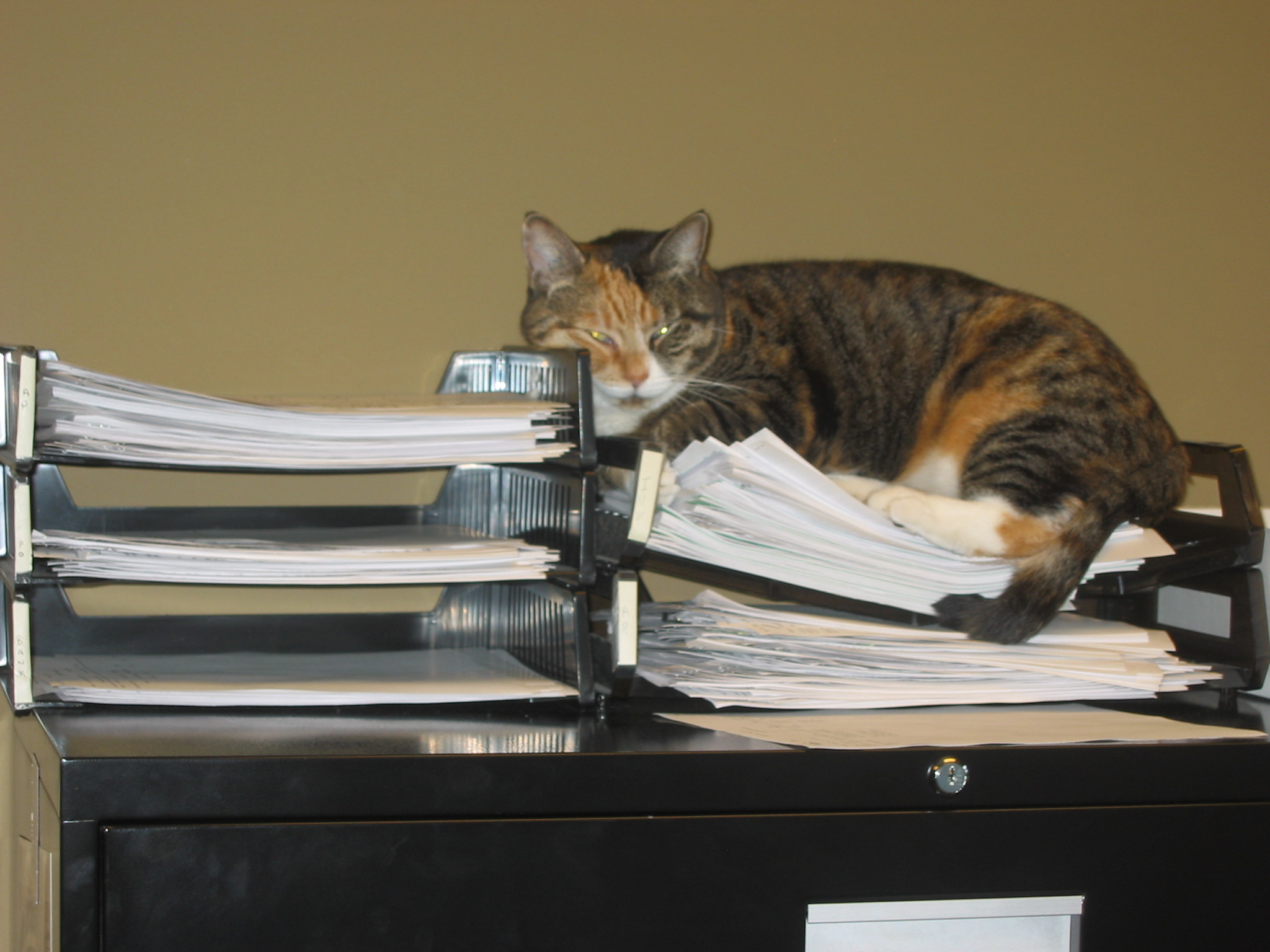 It wasn’t uncommon to find Phantom sprawled over their arms while they were trying to work on their computers. Especially with Jolanta, our Controller who spoiled her rotten on all fronts.

To this day, Jolanta is our cat, bird and dog whisperer in the office. She has her own private show of hummingbirds all day long thanks to the feeders outside her office window.

We might have been one of a few companies with the question: “Are you allergic to cats?” in our interviewing process when hiring Finance staff. Yes, the cat ruled over allergy-ridden bookkeepers.

Sadly, Thanksgiving Day 2012, we had to say our final goodbyes to Phantom, whose health was deteriorating rapidly. And five years later, those of us who were fond of her, still miss her presence in the office.

If you own a cat you will agree nothing rings truer than this … “in ancient times cats were worshipped as gods; they have not forgotten this.” – Terry Pratchett 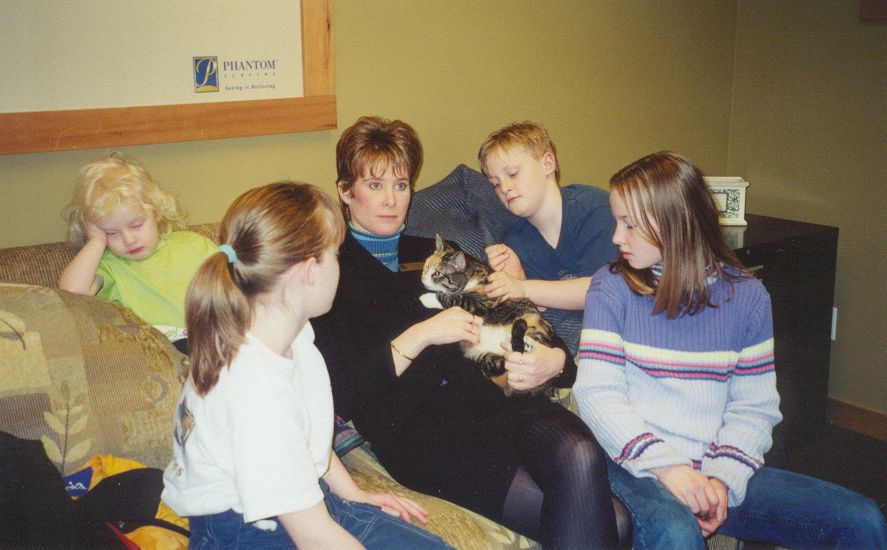 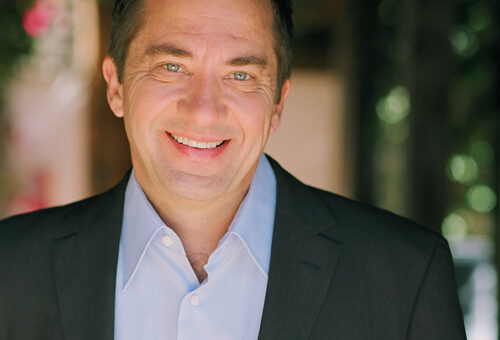 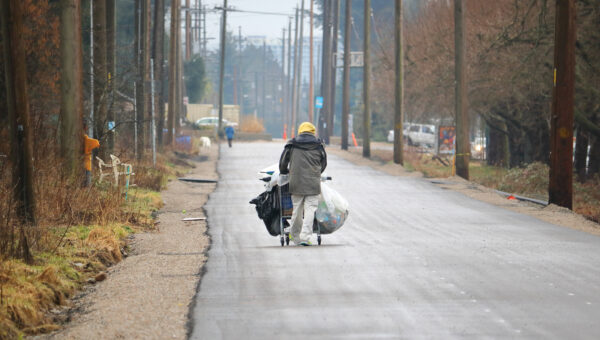 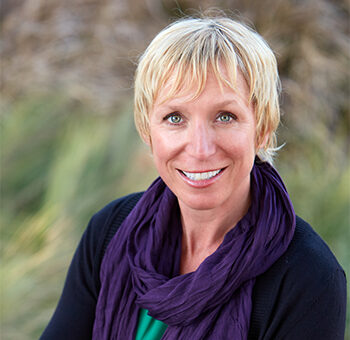